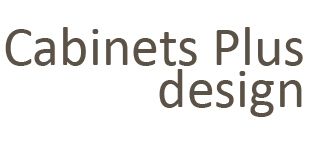 Established in march of 1986, Cabinet’s Plus has continued to grow as a premier kitchen and bath business in the Murfreesboro area. The popularity of kitchen and bath design has proven itself to be a major selling feature of the home.
Categories
Tags
Authors
Archives
Calendar
Font size: + –
Print
3 minutes reading time (503 words)

One of the many perks that come with being a kitchen designer is the opportunity to discuss cooking with our clients. Not only the processes involved in cooking but the recipes that many customers like to cook. Storage needs for spices, small appliances and different cooking utensils are always mentioned. I was raised with avid cooking in my family and enjoy cooking with friends. I feel that because of the recent popularity of cooking shows on television many people that do not grow up in a cooking atmosphere aspire to develop their own skills. Ethnic cooking is one area that is gaining popularity!

When thinking back on my first experiences with Mexican food I can not help remembering my mother. She moved to Nashville in the 1950’s from Houston. My grandmother and aunt moved to the area also. They found a Mexican restaurant in Nashville on Murfreesboro road called “La Fiesta of Mexican Food”. They would put my sister and me in the car (in the late 60’s) and go indulge in the cuisine. I do believe this was the only Mexican restaurant with in miles! It was such a treat for them because Houston had this type of food everywhere and they missed it so much. My father did not ever want to go. He would have a close pin on his nose when we would return home and comment on our breath! He would comment that you could tell how long a couple had been married by asking them if they were on their first or second bottle of Tabasco sauce. We would have canned chilli (with spaghetti under it) on Saturday afternoon sometimes and he would get the bottle of Tabasco out of the cabinet and put three little drops in his chilli. Then a sweat would appear on his forehead that would make you think he had been doing manual labor. Being a southerner he was never exposed to such spicy food, flavor came from bacon grease or salt and pepper. My sister and I never wanted to try that hot sauce if it did that to our daddy. I think they bought their second bottle of hot sauce when I was 16. When looking at our community I can’t help but marvel at all of the Hispanic and Ethnic restaurants we now have. Our exposure to other cultures is so rewarding. A cooking group that I am involved with recently decided to choose a country each month and cook different recipes. We prepare our assigned recipe, have dinner together, and share our experiences. This has required us to visit the local Hispanic and Asian markets and learn to prepare ethnic cuzine ourselves. I have learned so much and would recommend this to everyone. It is not only healthy but very flavorful. Dining remains one of the best experiences to bring friends and family together and creates lasting memories. I feel embracing the different cultures in our community and learning from one another can only result in harm

When you subscribe to the blog, we will send you an e-mail when there are new updates on the site so you wouldn't miss them.

My kitchen is about 15 years old and I have lamina...
What material makes the best countertop?

Jeanine has a BBA in business admin and marketing from MTSU.  In March of 1986 the opened Cabinets Plus Design. Focusing primarily on new construction she was able to see the major importance of Kitchen and Bath design.  With a marketing background she has been able to reach the remodeling market and provide services in both new and existing homes.

More posts from author
Tuesday, 29 July 2014 How Does That Cabinet Door Open?
Saturday, 23 November 2013 My kitchen is about 15 years old and I have laminate countertops. Would replacing the countertop with a more substantial surface be the best investment?
Sunday, 03 November 2013 What material makes the best countertop?

Already Registered? Login Here
No comments made yet. Be the first to submit a comment

This place is great! Jeanine will help you find what you want along with what works! We love our new kitchen.
- Robert DeJarnatt